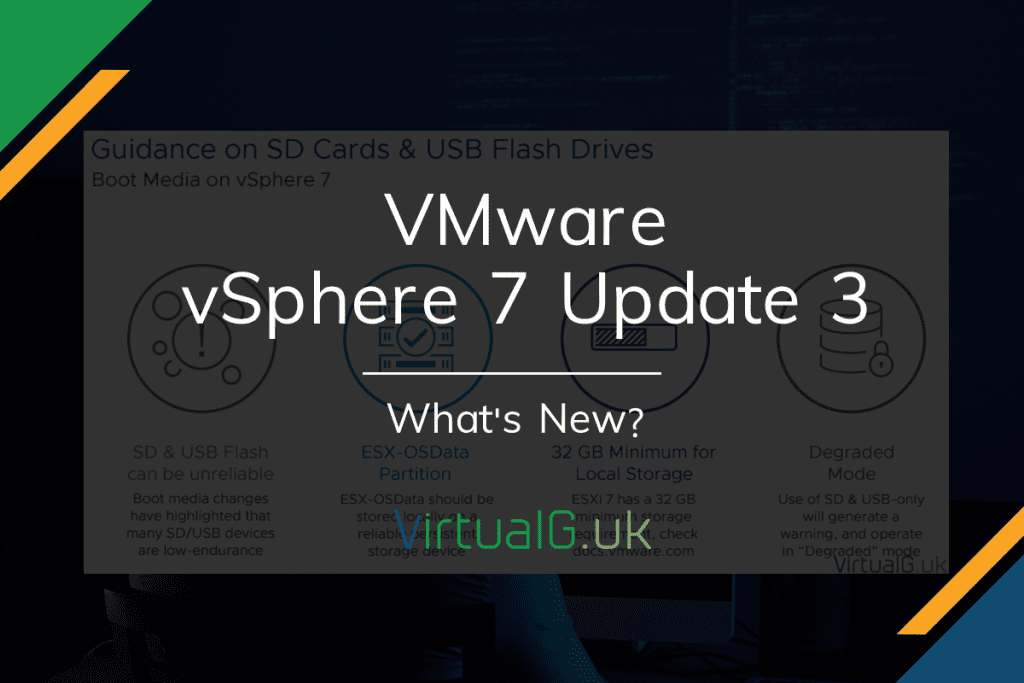 It’s only been around 6 months since vSphere 7 Update 2 was announced. Today VMware has announced new functionality in update 3.

If you’re looking for all the best bits of vSphere 7 Update 2, check my in-depth post here.

You’ll also notice that I publish these posts out really early, if you’d like to be notified as soon as they are published, subscribe to my free mailing list and you’ll be one of the first to find out about the latest in vSphere.

The summary of these discussions is:

The degraded mode error message is “ALERT: No persistent storage available for system logs and data. ESX is operating with limited system storage space, logs and system data will be lost on reboot “

For more information on this issue, please see the official FAQ page

vLCM now supports the editing of depots including the ability to manage patch, update and recall objects. You’ll also be able to delete objects from the depot.

This functionality is available only via the API at this time but will be introduced into the UI later.

If you’re a VMware Cloud on AWS customer, you’ll be happy to see reduced downtime for vCenter Server upgrades:

VMware has made a useful update to resource management if you utilise persistent memory features.

There are now new performance statistics for persistent memory, available directly from the vSphere UI: 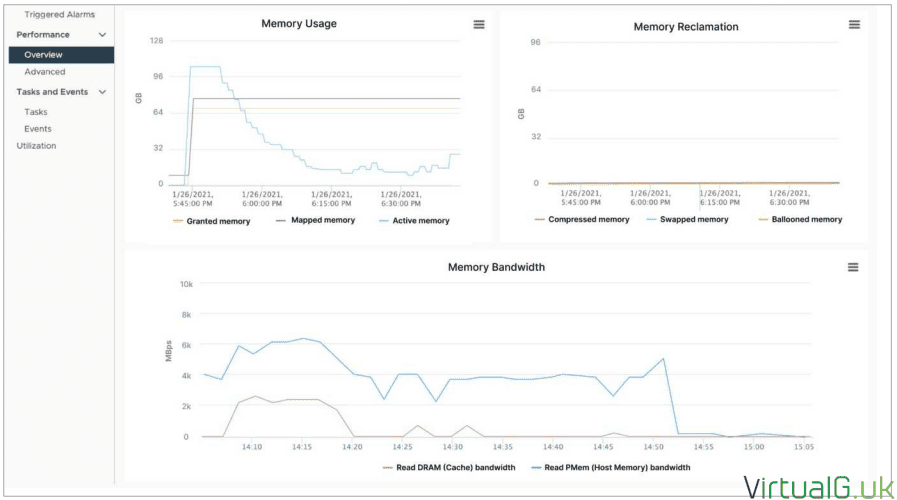 vSphere 7 has already improved DRS and vMotion but this update 3 release improves on these further:

vCLS has recently taken some services out of vCenter server and enabled them at the cluster level via small virtual machines.

Improvements on the vCLS VMs include:

With vSphere 7 Update 3 there are the following updates:

PTP now supports the ability to add traditional NTP servers as a fallback, should the PTP service no longer be operable.

Time is key to a successful vSphere architecture, so this is a welcomed change to the initial PTP implementation in vSphere. 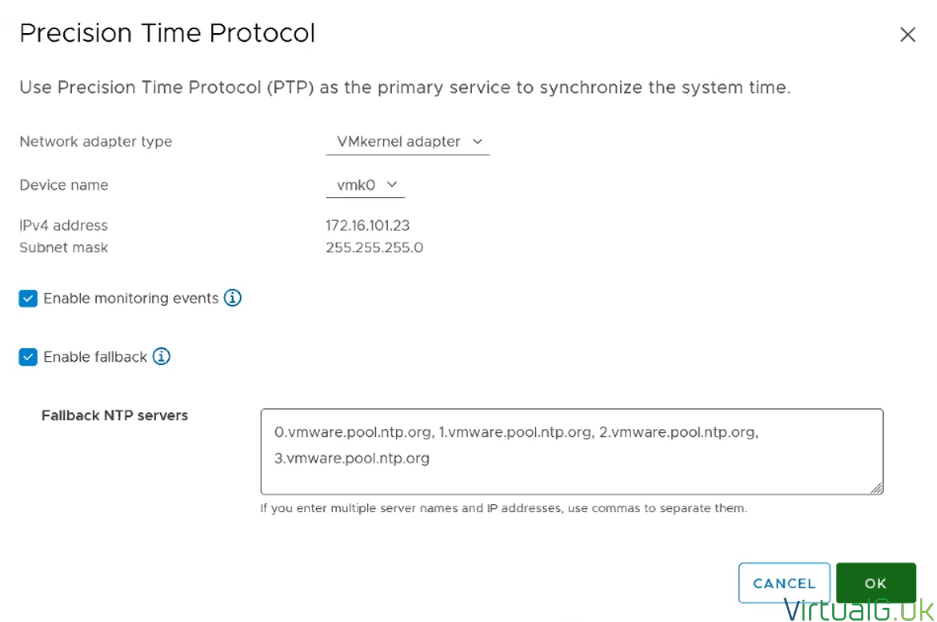 There are no major improvements to core storage in this announcements, but if you’re using or plan to use NVMe or vVOLs, you might be interested in these:

NSX and vSphere are now integrated into a Single Pane of Glass. This is a much-welcomed improvement for NSX-T customers. 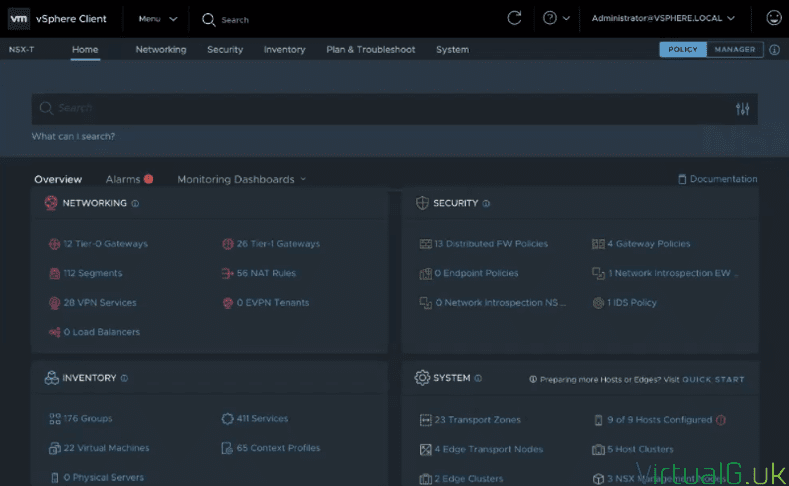 PowerCLI 12.4 is coming soon. This will include

vSphere With Tanzu and Kubernetes

If your organization develops software / ML or AI of any kind, you’ll probably have heard about containers and Kubernetes to some degree.

VMware has improved the setup and support for existing environments when it comes to the network provisioning of Namespaces and Supervisor clusters.

What’s changed here is that VMware has created a new DHCP network mode which integrates directly into your existing environment, you’re able to specify the network and DHCP server addresses to use for both your workload and management clusters.

VMware has made error messages clearer and more detailed. This is to help with troubleshooting Tanzu related issues.

For more information on vSphere 7, please find the below articles:

Once released, vSphere 7 Update 3 will be available to download here

And the full release notes should be available here 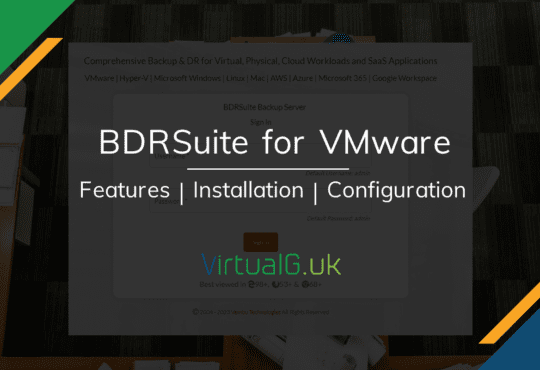 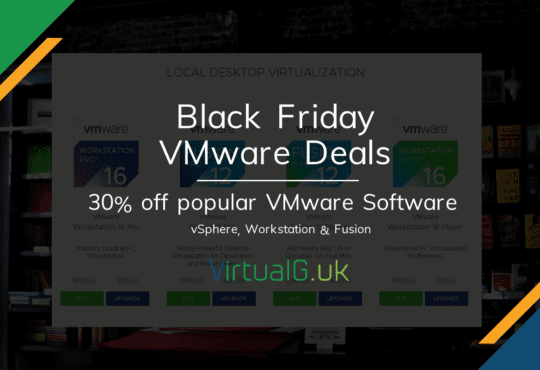 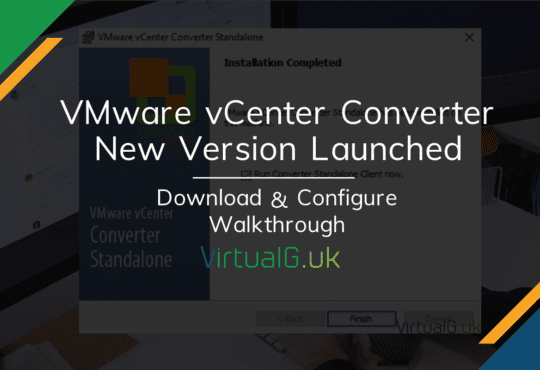 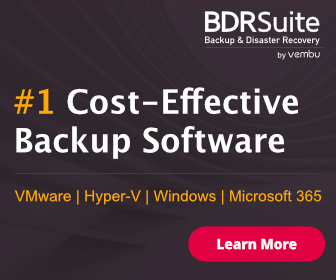 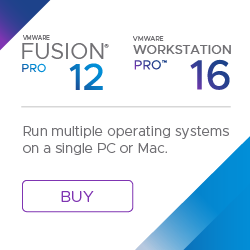